2022-23 to be golden period for global EV industry

As per Frost and Sullivan, 2022-23 will be the golden period for EVs with the number of launches increasing significantly and battery prices coming down which would provide a very vital impetus to the growth of the global EV industry. 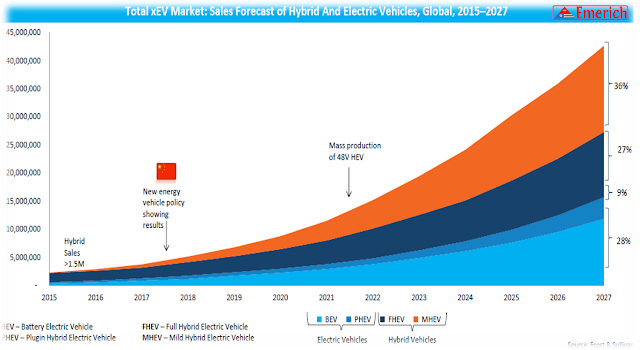 By 2025, 30-35 percent of sales are expected to be electric which includes mild hybrid, full hybrids, plug-in, and battery. In terms of battery electric vehicles, about 10-12 percent of global sales will be fully electric.Its  said that the mild hybrid systems especially 12Volt systems, 48Volt systems, and 12+12 volt systems could be very attractive options for markets like China and India, especially in the small-to-medium segment.

The Karnataka government on Thursday proposed using electric two-wheelers as taxis on Bengaluru roads, potentially leapfrogging regulations around using petrol-powered bikes as taxis in the state. 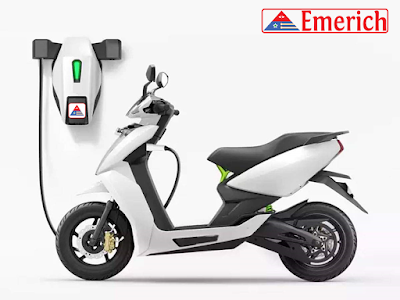 In the budget, the state proposed implementing an electric bike taxi project to improve last mile connectivity of public transportation, without divulging details.

“To improve the last mile connectivity in public transport in Bengaluru, it is proposed to implement “Electric Bike Taxi” project,” it said in the budget for financial year 2020-21.

Introducing regulations to allow use of two-wheelers as taxis has been a longstanding demand of mobility platforms such as Rapido, Ola and Uber. However, the state has delayed the rules despite getting approval from the Centre.

While some players in the bike taxi space dubbed Karnataka’s proposal as revolutionary, they said they would wait for details before commenting on its viability.

Others said the proposal would be hard to pull off in the near term, given a lack of electric two-wheelers on the roads today.

Uber and Ola, which currently offer bike taxi services in some cities, declined to comment for the story. Rapido, the largest bike taxi service in the country, could not be reached for comment.

“The biggest reason bike taxis worked was that a person who had a scooter or motorbike could now make money ferrying people,” said Vivekananda Hallekere, co-founder and CEO of Bounce, a two-wheeler rentals startup. “The proposal by Karnataka would mean that people will need to start buying electric scooters and I don’t know how successful that would be.”

The current model of bike taxis where bike owners attach themselves to platforms will not work under Karnataka’s proposal, but it could lead to mobility firms building their own fleets of two-wheeler EVs, he said.