The Energy Conservation Act of 2001 provides the basis for India’s standards and labelling program.This legislation established the Bureau of Energy Efficiency (BEE), and an Energy Conservation Fund.The legislation enables the provision of the introduction of mandatory labels and standards. This allowed an energy labelling program to be developed in India, which began in 2006 with standards followed shortly afterward. Both of these programs are administered by BEE. The Indian Pollution Control board also runs an eco-label program.

The BIS, and the Indian Institute for Technology, both have test laboratory capable of testing energy efficiency. Manufacturers adopting voluntary standards and claiming compliance with the Indian Standard are subject to compliance inspections. Energy Performance Standards for chillers,agricultural pump sets, industrial fans and pumps are currently being developed. 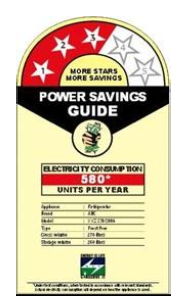 Program Information:
The impetus for the Standards and Labelling program in India came with the passage of the energy conservation bill in October 2001. The Bill allowed for the establishment of Bureau of Energy

India’s labelling program was launched in 2006, initially with a voluntary comparative labelling scheme for refrigerators and air conditioners. The overall strategy was to begin labelling on a voluntary basis, then move to a mandatory approach for energy performance and test procedure standards. BEE's Star Labelling is now mandatory for four appliances, including frost-free refrigerators, room air conditioners, distribution transformers and tubular fluorescent lights (TFLs). 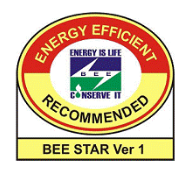 Program Information:
An endorsement label was introduced for computers (notebook/laptop) in 2011. The label indicates to the consumer that the labelled products save energy compared to other notebooks/laptops. The BEE Star Label is in line with ENERGY STAR version 5.2 specifications for computers. Desktop computers and set top boxes are also under consideration for inclusion in the endorsement labelling
scheme. Initially the label was affixed to the carton/box of the product, but following the introductory six months, it became compulsory for manufacturers to affix label to both the carton and the product itself. 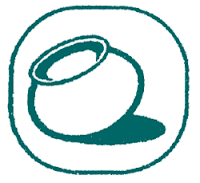 Program Information:
The Ecomark scheme was developed by the Indian Government in 1991, as a form of environmental label with wide product coverage. The ECO Mark scheme derives its power from the government notifications, which issued by Ministry of Environment and Forests. The Central Pollution Control Board, which is under the Ministry of Environment and Forests, acts as a technical wing/consultant of
the Ministry. The ECO mark is awarded by the Bureau of Indian Standards, as per the requirements laid down in different national standards. These requirements are arrived and approved by the technical committee within in Central Pollution Control Board.

The Central Pollution Board has been a member of the Global Eco-labelling Network (GEN) since 2000. Products that are eligible to receive the Ecomark as of 2013 include: soaps and detergents,paper, food items, lubricating oils, packaging materials, architectural paints and powder coatings, batteries, electrical/electronic goods, food additives, wood substitutes, cosmetics, aerosol propellants,plastic products, textiles, fire-extinguishers, leather. To date this label has had limited success in India with few manufacturers taking up the opportunity to use the scheme.