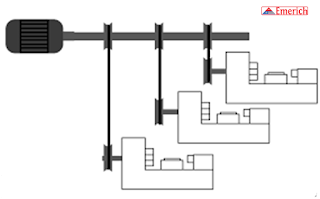 The main parts of the electrical drives are power modulator, motor, controlling unit and sensing units.Their parts are explained below in details.

Sensing Unit – It senses the certain drive parameter like motor current and speed. It mainly required either for protection or for closed loop operation.
Advantages of Electrical Drive

The following are the advantages of electrical drive.


The electric drives have many advantages shown above.

The power failure completely disabled the whole of the system.