The Hot facts about Geothermal Energy!

The word “geothermal” comes from the Greek words geo (earth) and thermal (heat). It means the heat of earth. The energy potential beneath our feet, in the form of geothermal energy, is vast. 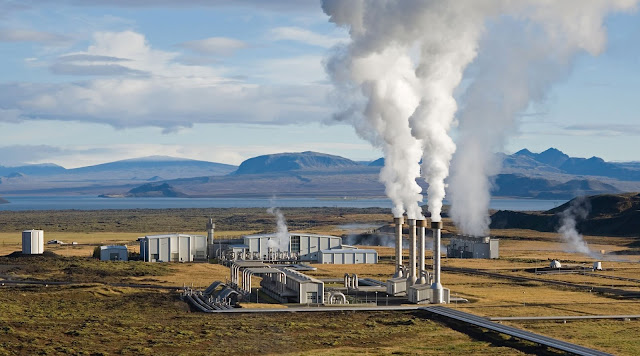 This tremendous resource amounts to 50,000 times the energy of all oil and gas resources in the world. Geothermal energy has attracted worldwide attention as an alternate source of energy for the last few decades. Presently this non-conventional energy constitutes about 1% of the total global electricity output but the scenario is changing very fast due to its Eco-friendly pollution free and renewable nature. About one third of the total available energy is spent on space heating, bathing, fish and green house farming and industrial uses.

The USA, Iceland, China and New Zealand make maximum use of geothermal energy for electricity generation or as heat energy.

The Earth’s crust is a bountiful source of energy. Nearly everyone is familiar with the Earth’s fossil fuels oil, gas, and coal but fossil fuels are only part of the story. Heat, also called thermal energy, is by far the more abundant resource. The Earth’s core, 4000 miles (6437 kilometers) below the surface, can reach temperatures of more than 9000°F (4982°C).

The heat geothermal energy constantly flows outward from the core, heating the surrounding area. Nearby rock melts at high temperatures and pressure, transforming into magma.

Magma can some times well up to the surface as lava, but most of the time it remains below the Earth’s crust heating nearby rock. Water seeps into the Earth and collects in fractured or porous hot rock, forming reservoirs of steam and hot water. If those reservoirs are tapped for their fluids, they can provide heat for many uses, including electricity production.

Before the Earth’s heat can be used for purposes such as generating electricity or heating buildings, conduits between the geothermal reservoir of hot water or steam and the Earth’s surface must be provided. This is done by drilling production and injection wells, which are often thousands of feet deep, into the reservoir. Drilling of exploratory wells also helps collect data to define the size and productivity of the geothermal reservoir. Construction of wells is clearly essential, but it is also expensive, accounting for 15 to 30 percent of the total cost of a geothermal power project.

To drill almost any well, a drill bit is mounted on the end of a long metal pipe called the drill string, which is rotated from the surface by machinery called a drill rig. New 30-foot lengths of pipe are added to the top of the drill string as the bore hole gets deeper. To cool and lubricate the drill bit and to carry away the chips of rock cut by it, a viscous fluid called drilling mud is pumped down the drill string.

The mud passes through holes in the drill bit and then flows back up the hole in the space between the bore hole wall and the drill string.

The steam is piped directly from wells to the power plant, where it is directed into a turbine. The steam turns the turbine, which activates a generator. The steam is then condensed and injected back into the reservoir via a well.

Dry steam is the oldest type of plant first used in Italy in 1904 but it is still very effective.

Flash steam power plants tap into reservoirs of water with temperatures greater than 360°F (182°C). This very hot water flows up through wells in the ground under its own pressure. As it flows, the fluid pressure decreases and some of the hot water boils or “flashes” into steam.

The steam is then separated from the water once at the surface and is then used to power a turbine/generator unit. The remaining water and condensed steam are injected through a well and back into the reservoir.

Binary cycle power plants operate on water at lower temperatures of about 225° to 360°F (107° to 182°C). These plants use the heat from the geothermal water to boil a working fluid, usually an organic compound with a low boiling point. The working fluid is vaporised in a heat exchanger and used to turn a turbine.

The water is then injected back into the ground to be reheated. The water and the working fluid are confined to separate geothermal temperatures required for direct use 70° to 302°F (21° to 150°C) are lower than those for electric power generation.

Hot water from geothermal resources can be used directly to provide heat for industrial processes, crop drying, or heating buildings. This is called direct use. The consumer of direct-use geothermal energy can count on savings of as much as 80 percent from traditional fuel costs, depending on the application and the industry.

Direct-use systems do require a larger capital investment compared to traditional systems, but have lower operating costs and no need for ongoing fuel purchases.