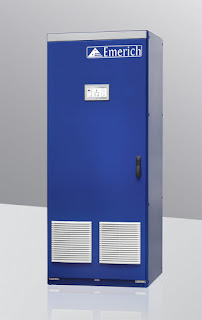 In electrical plants the loads draw from the network electric power (active) as power supply source (e.g. personal computers, printers, diagnostic equipment, etc.) or convert it into another form of energy (e.g. electrical lamps or stoves) or into mechanical output (e.g. electrical motors). To get this, it is often necessary that the load exchanges with the network (with net null consumption) the reactive energy, mainly of inductive type.

This energy, even if not immediately converted into other forms, contributes to increase the total power flowing through in the electrical network, from the generators, all along the conductors, to the users. To smooth such negative effect, the power factor correction of the electrical plants is carried out.

The power factor correction obtained by using capacitor banks to generate locally the reactive energy necessary for the transfer of electrical useful power, allows a better and more rational technical-economical management of the plants.

Capacitor banks can be used combined with inductors in order to limit the effects of the harmonics on a network. Actually, the combination capacitor-inductor constitutes a filter for harmonics. 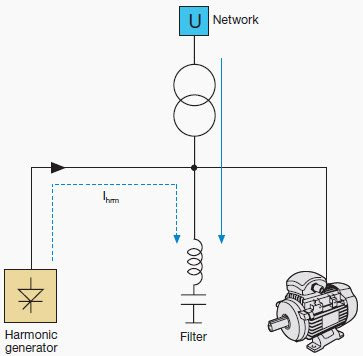 To avoid the negative effects of resonance, it is necessary to insert an inductor in series with a capacitor. By applying an analogous reasoning, it is possible to think of placing in a point of the network a combination of an inductor and a capacitor properly dimensioned in order to get the same resonance frequency of the order of the current harmonic to be eliminated.

In this way, the assembly inductor-capacitor presents a very low reactance in correspondence with the harmonic to be eliminated which shall circulate in the assembly without affecting the whole network.

Therefore this filter, called passive filter, consists in a capacitor connected in series with an inductor so that the resonance frequency is altogether equal to the frequency of the harmonic to be eliminated. Passive filters, which are defined on a case by case basis, according to a particular harmonic to be filtered, are cost-effective and easy to be connected and put into function.

Active filters instead can automatically eliminate the current harmonics present in a network in a wide range of frequencies. Exploiting power electronic technology, they can inject a system of harmonics able to neutralise those present in the network. 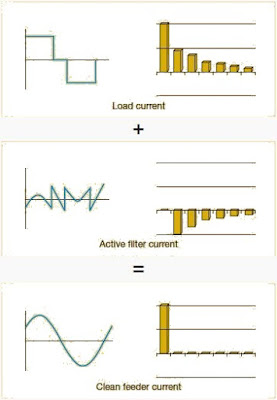 The active filter has the advantage of filtering simultaneously dozens of harmonics and does not involve design costs for dimensioning.