How harmonics influence the work of Transformers! 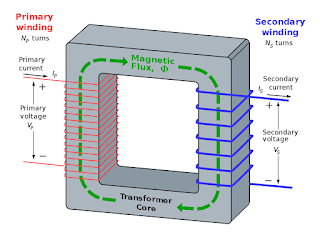 
🔺 The harmonics generated by nonlinear loads such as variable-frequency drives (VFD) will impose non-sinusoidal current on the power transformers that supply such loads, resulting in a substantial increase in losses and temperature rise.


With the addition of harmonic currents, standard design transformers must be derated to limit the temperature rise to be within the insulation temperature-rise rating or the transformer needs to be replaced with a special “K”-rated transformer or the best and easy solution is Emerich Active Harmonic Mitigator (AHM) is the cost effective solutions for existing transformers


Details of the calculation method can be found in IEEE Standard 1100-1992.

The “K” factor has been established by Underwriter Laboratories (UL) to define the ability of a transformer to serve varying degrees of nonlinear load current without exceeding the rated temperature rise.