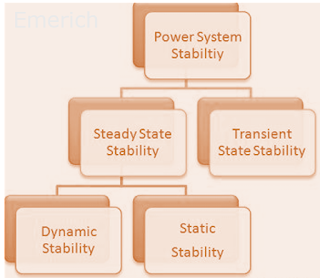 As electric power systems have evolved over the last century, different forms of instability have emerged as being important during different periods. The methods of analysis and resolution of stability problems were influenced by the prevailing developments in computational tools, stability theory, and power system control technology. A review of the history of the subject is useful for a better understanding of the electric power industry’s practices with regard to system stability.

To analyze system stability, graphical techniques such as the equal area criterion and power circle diagrams were developed. These methods were successfully applied to early systems which could be effectively represented as two machine systems. 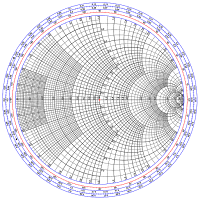 As the complexity of power systems increased, and interconnections were found to be economically attractive, the complexity of the stability problems also increased and systems could no longer be treated as two machine systems. This led to the development in the 1930s of the network analyzer, which was capable of power flow analysis of multimachine systems. System dynamics, however, still had to be analyzed by solving the swing equations by hand using step-by-step numerical integration. Generators were represented by the classical ‘‘fixed voltage behind transient reactance’’ model. Loads were represented as constant impedances.

Improvements in system stability came about by way of faster fault clearing and fast acting excitation systems. Steady-state aperiodic instability was virtually eliminated by the implementation of continuously acting voltage regulators. With increased dependence on controls, the emphasis of stability studies moved from transmission network problems to generator problems, and simulations with more detailed representations of synchronous machines and excitation systems were required.

The 1950s saw the development of the analog computer, with which simulations could be carried out to study in detail the dynamic characteristics of a generator and its controls rather than the overall behavior of multimachine systems.

Later in the 1950s, the digital computer emerged as the ideal means to study the stability problems associated with large interconnected systems. In the 1960s, most of the power systems in the U.S. and Canada were part of one of two large interconnected systems, one in the east and the other in the west. In 1967, low capacity HVDC ties were also established between the east and west systems. At present, the power systems in North America form virtually one large system. There were similar trends in growth of interconnections in other countries.

While interconnections result in operating economy and increased reliability through mutual assistance, they contribute to increased complexity of stability problems and increased consequences of instability. The Northeast Blackout of November 9, 1965, made this abundantly clear; it focused the attention of the public and of regulatory agencies, as well as of engineers, on the problem of stability and importance of power system reliability.

Until recently, most industry effort and interest has been concentrated on transient (rotor angle) stability. Powerful transient stability simulation programs have been developed that are capable of modeling large complex systems using detailed device models. Significant improvements in transient stability performance of power systems have been achieved through use of high-speed fault clearing, high-response exciters, series capacitors, and special stability controls and protection schemes.
The increased use of high response exciters, coupled with decreasing strengths of transmission systems, has led to an increased focus on small signal (rotor angle) stability.

This type of angle instability is often seen as local plant modes of oscillation, or in the case of groups of machines interconnected by weak links, as interarea modes of oscillation. Small signal stability problems have led to the development of special study techniques, such as modal analysis using eigenvalue techniques (Martins, 1986; Kundur et al., 1990). In addition, supplementary control of generator excitation systems, static Var compensators, and HVDC converters is increasingly being used to solve system oscillation problems.

There has also been a general interest in the application of power electronic based controllers referred to as FACTS (Flexible AC Transmission Systems) controllers for damping of power system oscillations (IEEE, 1996).

In the 1970s and 1980s, frequency stability problems experienced following major system upsets led to an investigation of the underlying causes of such problems and to the development of long term dynamic simulation programs to assist in their analysis (Davidson et al., 1975; Converti et al., 1976; Stubbe et al., 1989; Inoue et al., 1995; Ontario Hydro, 1989). The focus of many of these investigations was on the performance of thermal power plants during system upsets (Kundur et al., 1985; Chow et al., 1989; Kundur, 1981; Younkins and Johnson, 1981). Guidelines were developed by an IEEE Working Group for enhancing power plant response during major frequency disturbances (1983).

Analysis and modeling needs of power systems during major frequency disturbances was also addressed in a recent CIGRE Task Force report (1999). Since the late 1970s, voltage instability has been the cause of several power system collapses worldwide (Kundur, 1994; Taylor, 1994; IEEE, 1990). Once associated primarily with weak radial distribution systems, voltage stability problems are now a source of concern in highly developed and mature networks as a result of heavier loadings and power transfers over long distances. Consequently, voltage stability is increasingly being addressed in system planning and operating studies.

Present-day power systems are being operated under increasingly stressed conditions due to the prevailing trend to make the most of existing facilities. Increased competition, open transmission access, and construction and environmental constraints are shaping the operation of electric power systems in new ways that present greater challenges for secure system operation.

This is abundantly clear from the increasing number of major power-grid blackouts that have been experienced in recent years; for example, Brazil blackout of March 11, 1999; Northeast USA-Canada blackout of August 14, 2003; Southern Sweden and Eastern Denmark blackout of September 23, 2003; and Italian blackout of September 28, 2003. Planning and operation of today’s power systems require a careful consideration of all forms of system instability.

Significant advances have been made in recent years in providing the study engineers with a number of powerful tools and techniques.

A coordinated set of complementary programs, such as the one described by Kundur et al. (1994) makes it convenient to carry out a comprehensive analysis of power system stability.