Current transformers are the current-sensing units of the power system and are used at generating stations, electrical substations, and in industrial and commercial electric power distribution. 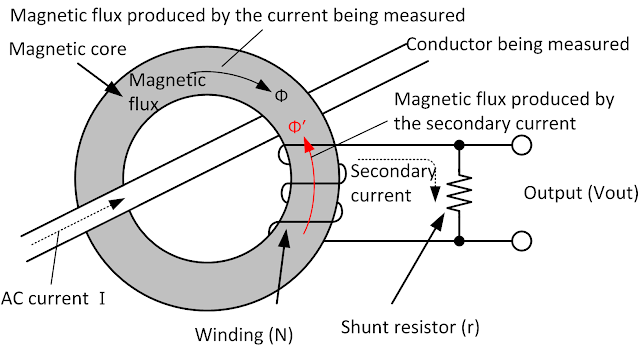 Current transformers typically consist of a silicon steel ring core wound with many turns of copper wire as shown in the illustration to the right. The conductor carrying the primary current is passed through the ring. The CT's primary, therefore, consists of a single 'turn'. The primary 'winding' may be a permanent part of the current transformer, i.e. a heavy copper bar to carry current through the core. Window-type current transformers are also common, which can have circuit cables run through the middle of an opening in the core to provide a single-turn primary winding. To assist accuracy, the primary conductor should be centered in the aperture.